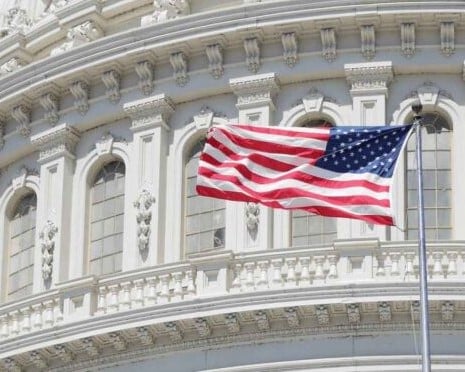 Over the past year, there has been growing speculation regarding the potential tax policies of a Biden Administration and how those policies might affect real estate. After President Biden’s address to Congress on April 28, 2021, it’s clear that his proposed tax policies would have a major effect on real estate and several related industries.  Read the official White House Fact sheet here.

To follow are the tax proposals that would have the most profound effects on real estate and what they mean for real estate investors.

· “A 39.6 percent rate on all income for the wealthiest Americans.” – if passed, this would raise the marginal ordinary income tax rate from 37% to 39.6%. Additionally, this same rate, plus the 3.8% Net Investment Income Tax, would be used as the capital gains tax rate for taxpayers with earnings of $1M or more. These combined taxes would raise the capital gains tax rate to 43.4% for the sale of real estate or other appreciated investment assets for those certain taxpayers.

· Elimination of the step up in basis – “The President’s plan will close this loophole, ending the practice of “stepping-up” the basis for gains in excess of $1 million ($2.5 million per couple when combined with existing real estate exemptions) …” Currently under IRC §1014, when appreciated assets are passed to heirs at death the heirs enjoy a “step-up in basis” meaning that they inherit the property with a basis equal to the market value of the property on the day of the decedent’s death. This means that any capital gain which might have been realized upon the sale of the property before the decedent’s death is forgiven and the heir inherits the property with no tax liability. There are several sound policy reasons for this tax benefit which include avoiding the double taxation of assets subject to the estate tax. It remains to be seen how the Biden Administration’s proposal would be applied. For example, whether it would effectively tax appreciated assets even though the heirs did not receive cash (“unrealized gain”) or whether the heirs would be taxed when they later sell an inherited asset. In the first scenario, the involuntary tax liability on unrealized gain created by removing the “step-up” may force many to quickly sell or refinance real estate if they are illiquid and don’t have the means to pay the tax. According to the White House Press Release, exemptions like the exemption for a primary residence under §121 might still apply. The Release also claims that the Plan will contain provisions to protect family-owned businesses and farms. Eliminating the “step-up” may cause the heirs of family businesses that rely on real estate and other capital assets, and which are subject to the estate tax, to reconsider their strategy. For example, in order to come up with the cash to pay taxes, they may be forced to liquidate some assets or opt to hold other assets and refinance due to the potential tax on the inherited gain.

· Reducing itemized deductions for taxpayers with an income tax rate higher than 28% – While this proposal has been floating around since Biden took office, it is unclear if it is in the Plan per the White House summary. If passed, such a measure could conceivably limit the ability of real estate investors to take deductions like depreciation or other real estate related expenses. It remains to be seen how this limitation might be applied.

· Limit IRC §1031 to $500,000 in gain – Section 1031 allows investors to reinvest money into new business or investment real estate that would otherwise have been paid to the government as a capital gains tax when they sold real estate which is also held for business or investment purposes. Tax deferred exchanges are not new — they have been available in one form or another since 1921, and in its current format since 1986. A limitation on 1031 exchanges would certainly cause real estate investors to change their behavior, such as holding real estate for longer periods of time or refinancing existing properties to acquire new real estate. It is currently unclear if the proposed limitation applies per taxpayer, per transaction, or per tax year.

What does this mean for the real estate industry and investors if these proposals become law?

1031 exchanges account for a significant number of real estate transactions. Limiting 1031 exchanges would slow the real estate market. When compounded with an elimination of the step-up in basis or a limitation on deductions, as well as an increased capital gains tax rate for top earners, it would certainly increase the average holding period for real estate investors. On a large-scale such measures may cause investors to reconsider traditional real estate, REITS, or alternative real estate as long-term investments. Major flaws in the Biden Administration’s proposals are: 1) that they do not account for potential changes in behavior by taxpayers; and 2) consider that in effect, exchanges can generate taxable sales. i.e. transactions where a taxpayer structuring a 1031 exchange buys replacement property from a seller who doesn’t exchange and pays the capital gains tax. It is not only unlikely that limiting 1031 exchanges would increase tax revenue when coupled with the Biden Administration’s other proposals, but also more likely it would decrease tax revenue.

While it is difficult to understand the political arguments for or against 1031 exchanges, the economic arguments in favor of retaining 1031 exchanges are many. A 2015 macroeconomic impact study (updated 2021) conducted by Ernst & Young on behalf of the 1031 Like Kind Exchange Coalition found that the repeal of the 1031 exchange would shrink the US economy by $13.1B annually, result in less federal, state, and local tax revenue, and discourage new investments. See a summary of the Key Findings here.

Contrary to the popular belief that 1031 exchanges provide an indefinite tax deferral, a study done in 2015 by Professors David Ling and Milena Petrova (updated 2020) found that 88% of properties acquired through a 1031 exchange are eventually sold in a taxable sale. A repeal of 1031 exchanges would severely curtail the velocity of the real estate market and negatively impact many resulting tax revenues such as transfer tax, mortgage tax, recording fees, and income tax revenue from real estate professionals such as brokers, attorneys, CPAs, lenders, and title insurance companies. See a summary of the Key Findings here.

“Recent research by Ernst & Young has estimated that like-kind exchanges are expected to generate 568,000 jobs this year, including $27.5 billion of labor income and a total of $55.3 billion of value added to the US economy. The economic impact of like-kind exchanges in their present form is a far better “pay-for” than eliminating this powerful stimulus.” The FEA (Federation of Exchange Accommodators)

The Political Aspects of Biden’s Plan and the Chance of it Passing Congress:

Although there are several economic reasons which argue against many of the Biden Administration proposals the decision as to what becomes law is very much a political discussion as well. In today’s political environment, the Biden Administration would need every Democratic vote in the Senate, even if they intend on using a process called reconciliation to push his agenda through.

Do the Biden Administration’s proposals have enough support to become law? — Having a simple majority in the Senate is especially important when trying to reform the Tax Code. While most bills require a 60-vote supermajority to defeat a filibuster, the use of a limited parliamentary rule called “reconciliation” allows certain laws to be passed with a simple majority. Even with reconciliation available, more moderate and fiscally conservative Democratic Senators like Joe Manchin of West Virginia, John Testor of Montana, and Kyrsten Sinema of Arizona, as swing votes, could have an outsized influence on whether any of these proposals become law, and in what form.

The proposed limitation of 1031 exchanges appears to create more questions than it answers.  In spite of all the rhetoric, and those who believe that a 1031 exchange is “a loophole” or a “tax dodge” for the wealthy, the net positives have kept Section 1031 in the Tax Code since 1921 and will hopefully keep it there for the foreseeable future.

What Can You Do?

Send a letter to Congress:  An updated grassroots email is available for you to send to your members of Congress urging them to preserve Section 1031. You can access the letter on the take action page of the 1031buildsamerica.org website.

Legal 1031 does not provide tax or legal advice, nor can we make any representations or warranties regarding the tax consequences of any transaction. Taxpayers must consult their tax and/or legal advisors for this information. Unless otherwise expressly indicated, any perceived federal tax advice contained in this article/communication, including attachments and enclosures, is not intended or written to be used, and may not be used, for the purpose of (i) avoiding tax-related penalties under the Internal Revenue Code or (ii) promoting, marketing or recommending to another party any tax-related matters addressed herein.

Copyright © 2021 Legal1031. All rights reserved. No Rights Claimed with Regard to Fair Use or Public Domain Materials linked in this Article.

The Political Path to Repeal the 1031 Exchange

A 1031 Exchange is not a “tax loophole” or a “tax dodge.” It is a tax benefit that helps fuel the economy.